Pratap Singh Nimbalkar and his wife Sumitra Devi are known for their social work. Sumitra is insulted for not having a child even though she has been married for many years. Her maid suggests her to pray to Lord Vithoba in Pandharpur. Out of eagerness, Sumitra Devi promises to give her first son to Lord Vitthala. As fate would have it, she gets pregnant soon and confirms the good news to Pratap Singht. Sumitra informs Pratap that she is now convinced of keeping the baby. The boy is named Abhay Singh, or Prince, as a nickname. 25 years later, Prince (Riteish Deshmukh) comes back home after studying while his paternal cousin Sangram is a crooked guy. A few days later, Pratap is killed and it is implied that Sangram was behind his death. Sangram subsequently kills Prince and takes over all the property that belonged to Pratap Singh. What will be the faith of Sumitra Devi? What will be her destiny? Is any surprising twist waiting for her? 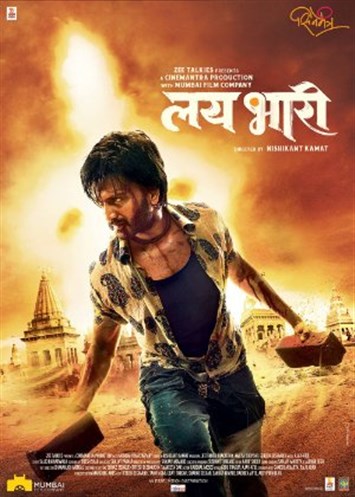