"Mere Brother Ki Dulhan" is a quirky romantic comedy set in the world of the upper middle class in Northern India. Kush Agnihotri (Imran Khan) is looking for the ideal Indian bride for his brother Luv Agnihotri (Ali Zafar) who stays in London. In his quest, Kush goes through an array of wacky encounters with several families until he finally finds that perfect girl in Dimple Dixit (Katrina Kaif), the craziest / wackiest girl he has ever known. Both the families meet. Formalities completed. Preparations proceed in full swing. And just then, our hero Kush falls in love with Dimple... his brother's dulhan. What follows is a comical and unpredictable series of events in this unusual topsy-turvy tale of love. 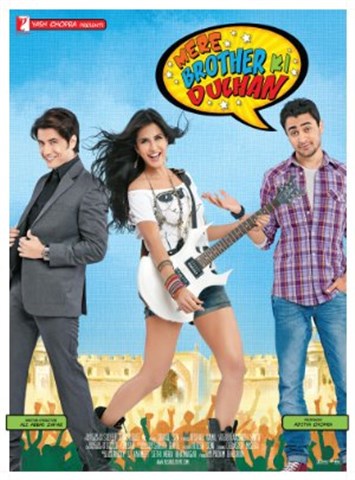