"The Kung-fu Instructor" is martial arts film director Sun Chung's loose homage to Akira Kurosawa's "Yojimbo" where unlike Toshiro Mifune's "Sanjuro" character being a snarling, bastard, drunk swordsman looking for a drink, popular actor Ti Lung's Huang Yang role, is an upright, righteous, weapon instructor looking to keep his limbs. Huang is a famous martial artist trapped into teaching kung-fu to the wrong clan while the opposing "good" clan tries to save him so he can instruct their members. Besides kung-fu comedienne Wang Yu starring in one of his few serious roles, Sun became the first Shaw Brothers’ director to use a Steadicam which gives the film's action and editing style a unique brand of tension and rhythm. The pole fights are also out of this world. 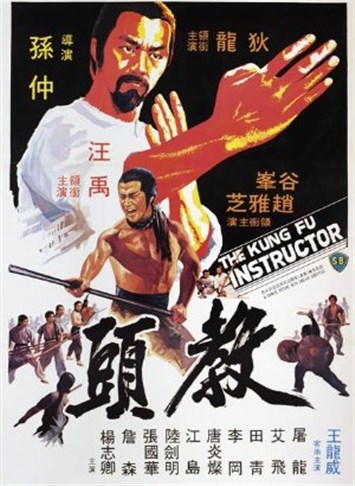