Canada’s Mark McMorris has defied the odds since he began his snowboarding career in 2009. Filmmaker, and childhood friend, Adam Burwell follows Mark every step of the way as he competes with the world’s best in Big Air and Slopestyle earning his spot on the Canadian Olympic team. Then on March 25, 2017, everything changes. With the competition season over, Mark explores the Whistler backcountry with his brother Craig, Torstein Horgmo, and friends. While cameras are rolling, the unthinkable happens - a horrific accident leaves Mark clinging to life with his brother and friends doing all they can to save him. After Mark wakes up in ICU, a battle to save his life becomes a battle to save his passion and career as a professional snowboarder with an uncertain future ahead of him. With intimate access, this 44-minute documentary shows 23-year old Mark McMorris at his most vulnerable and resilient as he battles to get back on his board and doing what he loves. Candid interviews with family, friends, and snowboarding legends tell the story of one of the sport’s most influential riders facing an existential crisis. 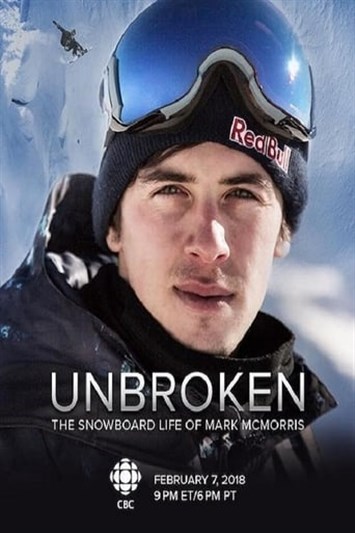