A bloodsucking fiend is ready to party down vampire style and take over the world. All he has to do is slip ravers a new designer drug that will turn them into a rave-on army of global-dominating vein-drainers. But not if vampire hunter Edgar (Corey Feldman) has anything to say – and do! – about it. Joined by a cute comics clerk and a muscle-bound (especially between the ears) reality TV star, Edgar and brother Alan (Jamison Newlander) man up for a new hellaciously hemo-splattering showdown. It’s the third Lost Boys movie. Quench The Thirst! 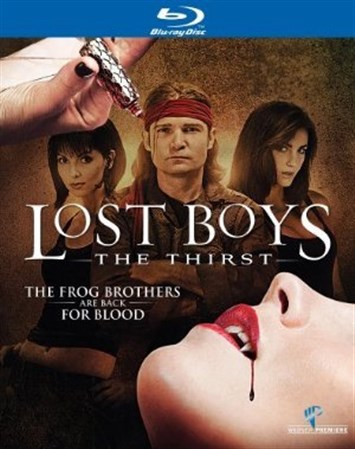