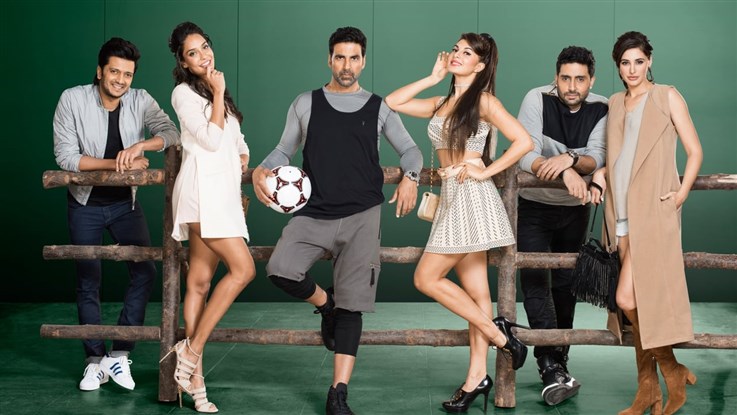 In the third installment of the laugh riot Housefull series, a wealthy businessman Batook Patel (Boman Irani), refuses to get his three daughters, Ganga (Jacqueline Fernandez), Saraswati (Nargis Fakhri) and Jamuna (Lisa Haydon), married. But unbeknownst to Batook, his extremely cultured daughters have another side to their personalities, each dating three men, Sandy/Sundy (Akshay Kumar) a broke footballer with a split personality, Bunty (Abhishek Bachchan), an aspiring rapper and Teddy (Riteish Deshmukh), a racer. All hell breaks loose when Batook finds out about the three men in his daughters' life and he uses all possible means to discourage them from keeping their relationship with the boys. But all of Batook's plans fall short when he realizes that the three boys seem to have a way of their own to tackle the problem at hand. What will Batook Patel do to keep his daughters from marrying their love? While the question still remains as to why he, unlike most fathers, does not want his daughters to get married in the first place? 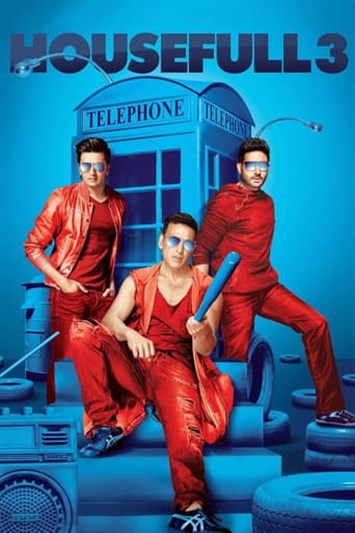