Attack is based on the play by Norman Brooks, The Fragile Fox. This searing war film is a powerful indictment against a military system which protects even its most incompetent of officers. Eddie Albert plays a posturing but hopelessly inept infantry captain, whose misdeeds are taken to heart by his officers. Jack Palance has promised to kill Albert if he makes another strategic mistake. Albert does just that when he leads Palance's troop into a bad situation in which Albert will never regret. 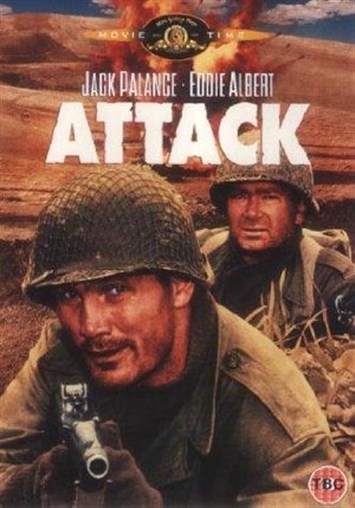