TRUDELL is a documentary film about American Indian activist and poet John Trudell (1946-2015). The film traces Trudell’s life from his childhood in Omaha, Nebraska, through his role as one of leaders of the Occupation of Alcatraz and Radio Free Alcatraz in 1969, to serving as Chairman of the American Indian Movement from 1973-1979. It also covers his rebirth as a poet after his wife died in a house fire suspected as arson. Heather Rae produced and directed the film, which took her more than a decade to complete. TRUDELL features interviews with Robert Redford, Kris Kristofferson, Val Kilmer, Jackson Browne, Bonnie Raitt, Sam Shephard and the Indigo Girls’ Amy Ray. 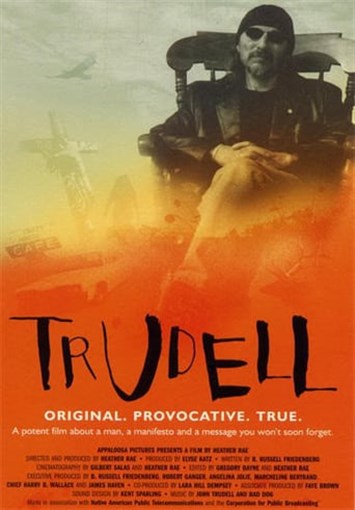