This movie is inspired by the true story of a young woman in rural Punjab. It tells the story of a young girl Needhi Singh and how she went rogue against all the corrupt and sexually abusive men in her village. The movie starts out on a light note, portraying the warmth and the simplicity of rural life. All is well until suddenly a bunch of hostile goons corner Needhi and her friend in an abandoned street and forcefully assault Needhi's friend right in front of her eyes and also beat Needhi up when she doesn't comply. Scarred for life, she tries to file a police report, only to be refused by the malicious cop. This is when Needhi understands that the entire network of abusers in her village are backed up by politicians and police officers who go all the way up the hierarchy. A free spirit by nature, and after being let down by the law, Needhi is forced to take to violence and goes on a rampage to kill every such offender and oppressor in her hometown. Will she be successful in cleansing the society or perish trying, under the law? 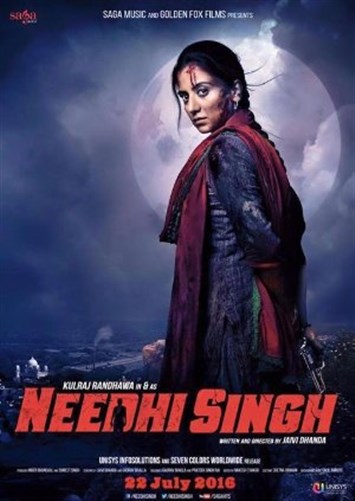