Julian Glover (Star Wars, Indiana Jones, Game of Thrones) stars as Mr. Rogulski, a WWII veteran who lives in Oxford, alone since his beloved wife's death. On the morning of his 101st birthday, he has an encounter with the helpful young Steven who takes him on a mad scooter ride. Rogulski invites his new friend home for tea. But when Steven does the unthinkable, Mr. Rogulski has to choose between vengeance and forgiveness. Battle for Britain is a critically acclaimed international festival favourite, it was called “a superb short film… illuminating, poignant… the kind of short film that leaves a lasting impression.” - Matt Bochenski, Little White Lies 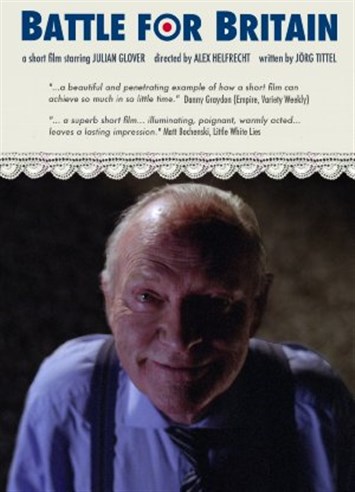