"That's what it's all about... that it's not easy." They were told before they left that it couldn't be done, but these 5 Czech adventurers would not be deterred. Instead they head "to a written off continent in a written off car." The trip is a challenge in many ways, and the Trabants are just one of them. Add together an utter lack of flamboyance, an arguably, completely useless 600cc two-stroke engine, a risible 6 inches of clearance and a resolute lack of 4WD and you've got the makings of a credible Prague to Cape Town travel adventure. Now add a dollop of cloying Egyptian bureaucracy, a hot-box interior devoid of air-con and the ubiquitous difficulty of everyday life in Africa, and this brilliant film threatens to become an epic ordeal worthy of David Lean. But the team refuses to give up. The journey leads the adventurers through deserts, pot holed cities and dirt roads across 22,000 km. They experience a love-hate relationship with Africa itself, continually searching for the Africa of their dreams. "What wasn't possible in Europe was possible in Africa. At least some things work here." If you think you're not really cut out for all that paddling, pedaling and pushing but still fancy a trans-continental odyssey then this film proves that African adventure doesn't need to be by camel or 4x4; it's likely you have all you need parked in your front yard right now. Just follow in the footsteps of these determined travelers - "We'd like to be in Cape Town in 2 months. Reportedly we can't make it... But where there's a will, there's a way". 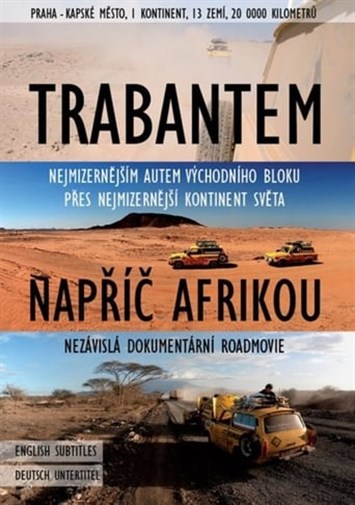