Pussy Riot - The Movement briefly reviews the events that led to the harsh two-year sentences of Pussy Riot members for singing a punk rock song in Moscow's most important cathedral. Their message about the growing repression in Russia by Putin's regime caught the world's attention like no other dissidents before them and turned the avant garde feminist collective into a worldwide symbol of freedom. The film goes beyond the trial, to the women's prison experiences. The film crew is embedded in a violent demonstration that produces stunning footage. Included are exclusive interviews with Katia Samutsevich, the Pussy Riot member who was released; families of the women; famed Russian journalist, Masha Gessen; artists; and dissidents. Also included is a trip to the penal colony where Nadia Tolokonnikova was being held. Pussy Riot - The Movement explores the questions: Where are the freedoms guaranteed in the Russian Constitution? Is Putin writing his own "amendments" to the Constitution? Why doesn't the Constitution work?" Has Pussy Riot had a lasting impact on the fight for freedom in Russia? Can they start a movement? 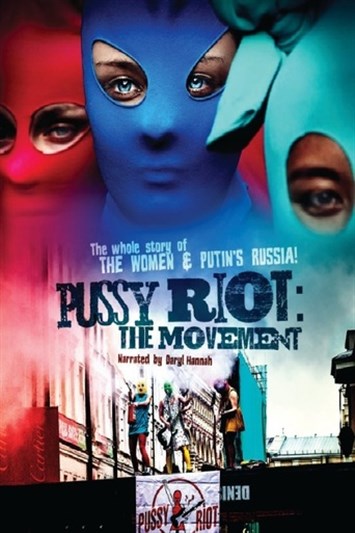