Twisting and turning through the dunes, Zandvoort’s unique setting, undulating profile and friendly atmosphere made it a firm favourite with many of the stars who raced there when it was the home of the Dutch Grand Prix. Thirty times between 1952 & 1985 the course hosted a round of the Formula One World Championship, and over that time it saw many remarkable moments in F1 history. Brilliant drivers such as Jim Clark, Stirling Moss, Nigel Mansell, Ayrton Senna, Jan Lammers and Dutch hero Jacky Ickx produced some great performances on the circuit that was, and still is, a drivers course. It also saw more than its fair share of drama and tragedy – none more so that Roger Williamson’s sad and unnecessary death, his friend David Purley standing helplessly by while marshals failed to intervene and television cameras captured every terrible second of the accident. It changed the face of motor racing for the better, ultimately, but at the same time doomed Zandvoort’s future as a home for F1. This stunningly comprehensive documentary charts the history of Zandvoort from the very first street race held before the Second World War, to the building of the track in the years following the German occupation, right up until the present day. 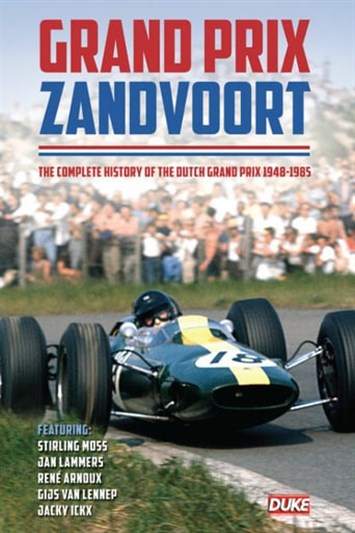