The Frames: In the Deep Shade

Se The Frames: In the Deep Shade online nu

Lej The Frames: In the Deep Shade hos Itunes for 39 kr.
Menu

Conor Masterson's film In the Deep Shade is not a definitive career-spanning documentary of The Frames. Nor is it a fly-on-the-wall expose or an us-against-the-world hero saga. It is, simply put, a stark portrait of an extraordinary band, filmed during their 20th anniversary tour. "I suggested filming at a gig, just to get some footage for fun," says the filmmaker, who has photographed the band since 1998. Glen had seen a personal art film I had made in Paris and suggested I make a film with them. My initial reaction was sceptical as I had no interest in making a music documentary, but I knew the band was comfortable around me and realised there might be an opportunity to do something. In the Deep Shade celebrates simplicity. No captions. No flash-cuts. No voiceover. With a photographer's eye, poetic sensibility and painterly aesthetic, Masterson examines the ever-evolving relationship between five musicians who've known each other for many years. That's the story, and in its understated way, it's an uncommon one. To quote Masterson again; It's certainly not a conventional documentary that sets up conflict and then resolves it, I'm hoping that it can be seen as a film about a collective whose chief concern is playing music well. I think it's rare to have a collection of high-achieving, talented men who have worked together for this long and are still healthy. In the Deep Shade looks wintry and rather beautiful. As for the director's own vision, Masterson opted for a raw and improvisational approach. I was wary of making something that looked good but had no heart, he concludes. We are in an age when we're all a little ADD from an intensely fast internet-orientated world. I tried to make a film that needs to be watched as a film, a film about old friends and their relationships as they make music. I felt if I could make a film that touched on those ideas, that looked good, featuring The Frames' music, then it might be a nice piece of work. 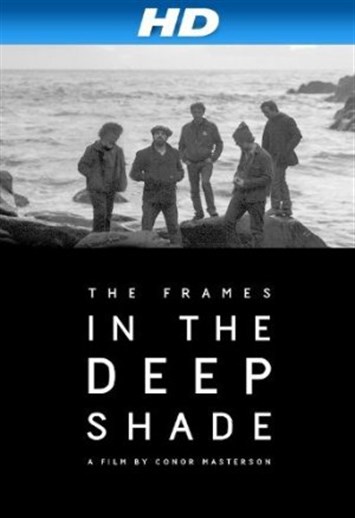