A glance at 62 years old Manu bhai Shah (Raghubir Yadav) and how he appears peculiar in his outfit, crazy in his behavior, flamboyant in his style, loud and funny in his conversation and overbearing in his relations! With colored hair, trimmed French beard, colorful t-shirts with slogans (inappropriate for his age), GUCCI glares and i-pod plug-ins, he and his gang which includes Dhillon (sharat saxena), Mansukhani (satish shah), Zafar (tinu anand) and Sinha (Vineet Kumar) are a group of irrepressible 'five' whose lives revolves around a tennis court in a club called CLUB 60. They can drive anyone crazy by their antics. Story of Club 60 unfolds when Dr Tareek sheikh (Farookh sheikh), a neuro surgeon, suffering from acute depression after the death of his only son shifts to Mumbai from Pune with his wife Dr sayara (Sarika). A chance encounter of suave Dr sheikh with the flamboyant, talkative, funny and overbearing Manu bhai who stays in the same building, snowballs into Dr Sheiks forced and reluctant entry into the Club 60's gang of five. But is Manu bhai and his gang just a chunk of some well-to-do crazy and fun-loving 60 years young or is there something more to them under their colorful and playful facade? We explore it along with Dr sheikh as slowly and steadily his reluctant participation in Manu bhai's 'gang of five', makes him fall in love with life again. 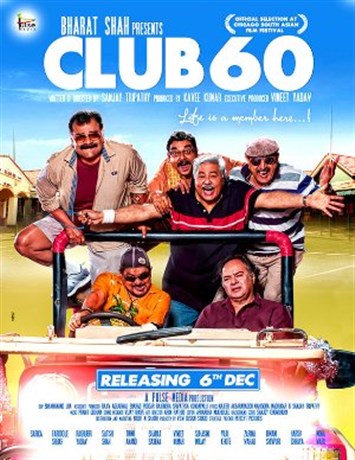