Bobby Ogden (Peter Fonda) is a wanted man. Radio wants him. Television wants him. Record companies want him. Fans want him. But most of all, Texas police want him – behind bars. So the chase is on! Outlaw Blues is the comic adventure of would-be country singer Bobby, whose tune Outlaw Blues has been stolen and recorded by a dirty-dealing rival. When he tries to set things right, he ends up a fugitive from justice instead. He also ends up in a breakneck, breakaway romance with Tina (Susan Saint James), a sassy backup singer whose promotional efforts propel Bobby's own record of the song to the top of the charts. Easy Rider Fonda gets high marks performing songs by country legends Hoyt Axton, Harlan Sanders and John Oates. Buckle up for a fast-lane, good ol' time. 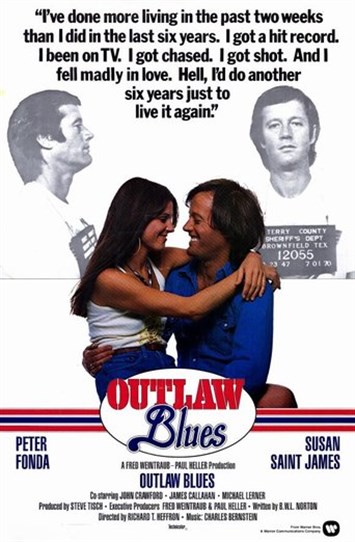