Code Yellow: Hospital at Ground Zero, a feature length documentary, is narrated by Brian Dennehy and produced by Daedalus Productions, Inc. in association with New York University Downtown Hospital. The film relives the response of the hospital nearest to the World Trade Center attack. From the moment the second deadliest signal of alert, Code Yellow, was sounded the pressure was on to organize an emergency response within minutes to deal with an unimaginable flood of victims. All hospital staff, from administrators to security guards, composed of a veritable United Nations of nationalities and socioeconomic backgrounds, recall their experiences during the height of the disaster as they rushed to the aid of severely wounded trauma victims. Code Yellow: Hospital at Ground Zero also highlights two specific victims, David Bernard and Deborah Mardensfeld, and their families, who exhibit extraordinary character and poise in their attempt to cope with instant tragedy. In the traumatic hours of September 11, 2001, following the World Trade Center assault, 600 patients, many with life-threatening injuries, flooded NYU Downtown Hospital. Another 450 people rushed the hospital fleeing the debris cloud after the towers' collapse. Victims were triaged in the smoke filled cafeteria, and as their numbers swelled the process spilled on to the sidewalk. Patients' names were noted on bed sheets as the race to save lives burrowed forward. Medical teams working with great efficiency in the midst of chaos contended with the largest civilian-hospital disaster response in American history. Daedalus Productions, Inc., a non-profit documentary production company established in 1980, has won numerous awards, including an Oscar nomination, an Emmy Award, two International Documentary Association Awards for Distinguished Documentary Achievement, and a Special Jury Prize at the Sundance Film Festival. Daedalus produces films for HBO, PBS, TBS, and international co-production. 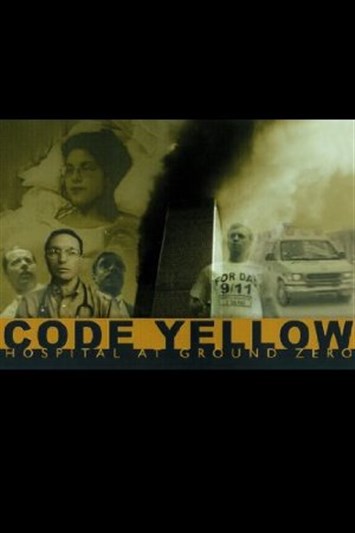