TV news reporter Dean Miller waits at the airport for the arrival of a scientist that he is about to interview. There, an unmarked military plane makes an emergency landing. The plane doors open and dozens of zombies burst out stabbing and shooting military waiting outside. Miller tries to let the people know of this event, but General Murchison of Civil Defense will not allow it. Then, Miller tries to find his wife and escape from the blood-thirsty zombies that are all over the city... "Nightmare City" was one of the main inspirations for "Planet Terror" by Quentin Tarantino and Robert Rodriguez 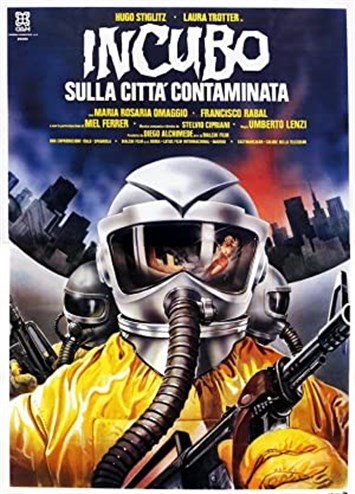