The Killer Robots! Crash and Burn

After meeting their end in a mechanized gladiator arena, four robot criminals - Auto, Max, Strobo and Trog are fished out of a junk pile, rebuilt and recruited as mercenaries for a mysterious organization of android adventurers.Although reluctant at first, the mercenaries agree to travel to the planet Vidya, an artificial planet ravaged by a computer virus that has sent its robotic inhabitants into a state of primitive barbarism. Assaulted by all manner of killer machines and robots, the mercenaries must make their way through the tumultuous landscape, activate an inter-dimensional communication device, communicate with otherworldly aliens, and bring about a new age of enlightenment and prosperity for a dystopian galactic civilization. 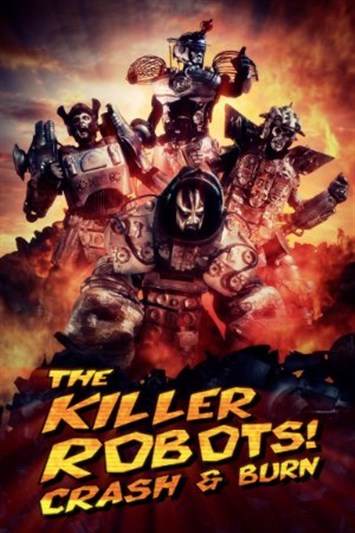