A National Award Winner (2011) for Best Feature in English, this is a story of a bereaved mother (Deepti Naval), dumbstruck by the news of an accidental death of her 28-year-old son, comes to Kolkata to carry out the last rituals. Her three-day stay in Kolkata in her dead son's office-apartment, laden with memories and her constant interaction with his office colleagues (his only family in the city), makes her realize that the ownership of her son's belongings, tangible or otherwise, which she claimed to be exclusively personal, is actually ubiquitous, distributed among all his friends and acquaintances. So much so that it can't be packed and moved away. She also realizes, her own presence in the midst of these unfamiliar people, the fact that she has inhabited their hearts and thoughts much before destiny brought them together. Whose grief is more real? The mother's loss of her son or the lover's loss of a companion? Or, as Rituparno Ghosh rightly puts it, is there such a thing as a hierarchy of grief? 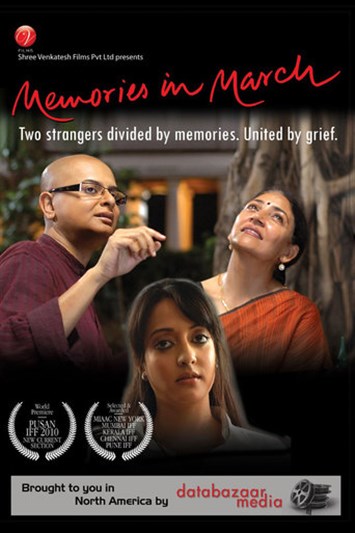