Se Set It Off online nu

Lej Set It Off hos Itunes for 39 kr.
Menu

Four Black women, all of whom have suffered for lack of money and at the hands of the majority, undertake to rob banks. While initially successful, a policeman who was involved in shooting one of the women's brothers is on their trail. As the women add to the loot, their tastes and interests begin to change and their suspicions of each other increase on the way to a climactic robbery. Starring Jada Pinkett Smith (“Collateral,” “The Nutty Professor”), Golden Globe winner Queen Latifah (“Chicago,” “Hairspray”), Vivica A. Fox (“Kill Bill: Vol. 1,” “Independence Day”), and Kimberly Elise (“Diary of a Mad Black Woman,” “John Q”). 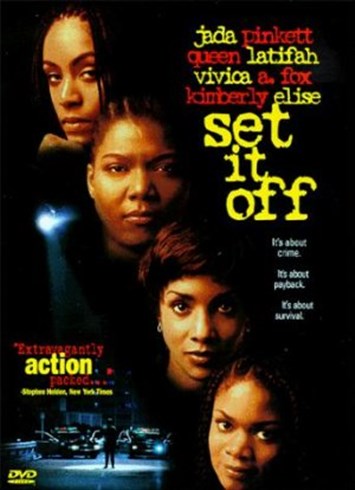