In a time when the rich are seen as 'the greedy 1%', one man uses his wealth to make the world a better place while encouraging others to do the same. Born into impoverished beginnings in East Los Angeles, at times homeless and living in his car, John Paul DeJoria spent his early adulthood in and out of motorcycle gangs including the Satan Slaves and Hells Angels. After losing his brother in a horrific motorcycle accident, 'JP' transformed his life and built a wildly successful line of hair care products with Paul Mitchell. Proving his success wasn’t a just fluke, JP then created the largest tequila brand in the world – Patron. Good Fortune reveals the success secret of one of the world's most celebrated entrepreneurs: giving back. A modern day Robin Hood of sorts, JP spends his life creating back-to-work programs for the homeless, fighting whale poachers in the Arctic and working on over 100 other philanthropic ventures. His motto is “success unshared is failure.” The son of Greek immigrants, JP is a pioneer of “conscious capitalism” (also known as “the triple bottom line” – people, planet and profit). With colorful characters such as Arianna Huffington, Cheech Marin, Danny Trejo and Michelle Phillips, Good Fortune tells JP's inspiring life story and shows how he uses business to make the world a better place. Narrated by Dan Aykroyd, Good Fortune is an uplifting, inspiring portrait, full of humor and substance. 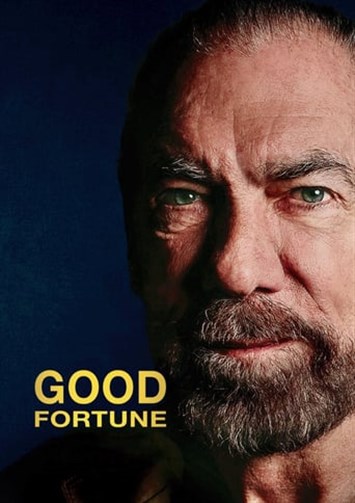