The original version of the classic comedy thriller, starring legendary British heart-throb, Robert Donat, was a highlight of Hitchcock's career. While sitting in a London theatre watching a man perform dazzling memory tricks, Richard Hannay and the rest of the audience flee after hearing a gunshot. As he leaves, he encounters a young woman who asks if she can accompany him. Fascinated by her apparent terror, he agrees. During the night, however, she is murdered in his flat, and he must avoid the police long enough to find the real killers and clear his name. 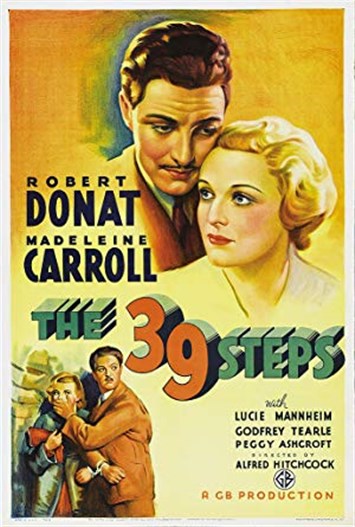