Just days before Bernard Madoff captured headlines as the largest Ponzi schemer in U.S. history, Marc Dreier, a prominent Manhattan attorney, was arrested for orchestrating a massive fraud scheme that netted hundreds of millions of dollars from hedge funds. Brazen forgeries and impersonations branded the white-collar crime spree remarkable. "Unraveled" is set in the "purgatory" of house arrest in an upper East Side penthouse, where the Court has ordered Dreier confined until his sentencing day. The film weaves Dreier's struggle to prepare for the possibility of life imprisonment with first-person flashbacks, which reveal his audacious path of destruction. Destroyed by his own hubris, Dreier attempts to grasp his tragic unraveling. With unprecedented access, "Unraveled" exposes a portrait of a man who achieved the distinction he so desperately craved, but not for his keen intellect or ambition, but as a “mastermind of criminal deception." 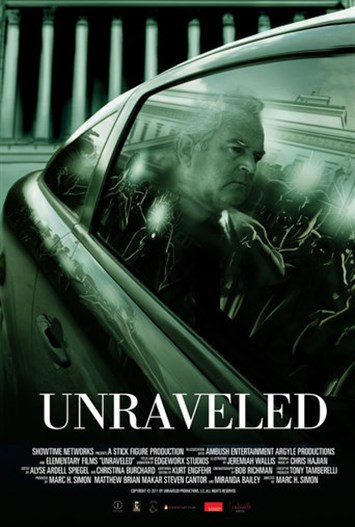