Buddha in a Traffic Jam

Vikram (Arunoday Singh) is a happy-go-lucky management student from a top Business School of India. He becomes an overnight sensation after a successful internet campaign against the radical fundamentalism of moral policing in India. This prompts his university teacher - Professor Ranjan Batki (Anupam Kher), to throw him a challenge for yet another internet campaign...A campaign that would help raise money via a non-profit Pottery Club for poor people living in Maoists areas of India. Little did Vikram know that he was about to become a part of a plot that would risk his life and the nation. He gets entangled between two corrupt facets of India - Socialism and Capitalism, both of which are deeply rooted in India. It's a story inspired by true life incidents of Underbelly India! 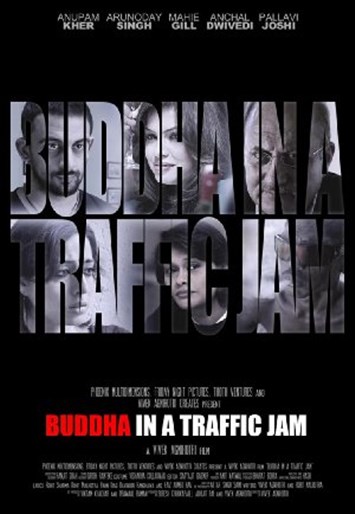