Behind the Mysteries of Coral Castle

A journey in time and inner space, the image of an eccentric genius and the spellbinding landscapes of the far south USA in the documentary film about the creator of the Coral Castle Leedskalnin, who was born in Russian imperial Latvia, crossed the North American continent, and created a monument that has captured the eye and imagination for 70 years since. The tragic love story about the bride-groom left at the altar, who then fled his country for ever, moved even the hardened rocker Billy Idol, who, after a visit of the Coral Castle in 1986, to write his famous song Sweet Sixteen. Just as alive as the love story is the legend, which Edward’s possible discoveries have turned into. The numbers of those seeking to unearth them, to this day, reach thousands of those ‘mining’ for the mystery the Coral Castle. Edward once let it on that he had solved the mystery of the rules of building the Egyptian pyramids, while others believe him to have known the principles of levitation. 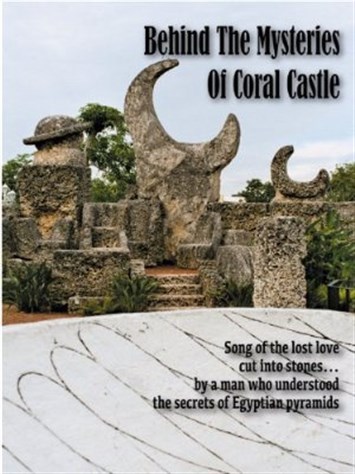