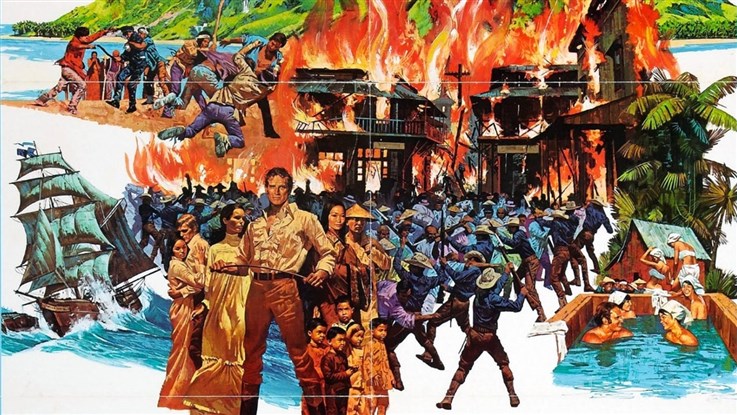 The Hawaiians is the sequel to 1969's Hawaii; both films were adapted from the same sprawling novel by James A. Michener. Charlton Heston is top-billed as a sailor who returns to his Hawaiian homestead, only to learn that his grandfather's fortune has been bestowed upon his hated cousin Alec McCowan. As a reprisal, Heston sets up his own pineapple plantation in competition with his cousin. Heston's son John Phillip Law falls in love with the daughter (Virginia Ann Lee) of a Chinese farmer (Mako). The issue of miscegenation rears its ugly head, but by the end of this very long film Heston's family is united by marriage to the Chinese clan. The British title of The Hawaiians was Master of the Islands. 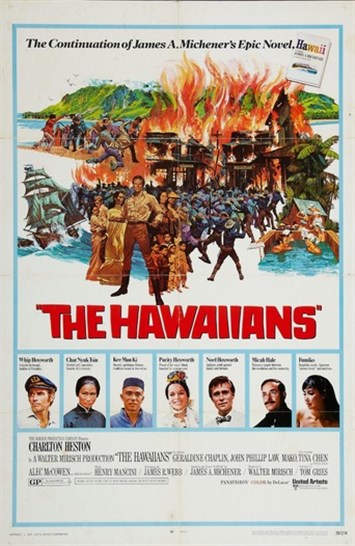