The 10 Conditions of Love

THE 10 CONDITIONS OF LOVE is a love story – of a woman, a man, a family, a people and a homeland. It is the story of Rebiya Kadeer, China’s nightmare – the woman it accuses of inciting terrorism within China’s borders. It is also the story of the ‘other Tibet’, the country its Muslim people call East Turkestan, but which the Chinese call Xinjiang Province - the other stain on China’s moral character. It is a big story: a story of the ruthless oppression of 20-million people; of the global politics of energy; of Super Power politicking over the War on Terror; and of the pain of a deeply loving family torn violently apart. Exiled in the US, Rebiya Kadeer is fighting for the human rights of her people, the Uyghur (pron. wee-ger), China’s oppressed Muslim minority. But Rebiya Kadeer’s campaign condemns her sons to on-going solitary confinement in a Chinese prison. Having done six years solitary herself, she understands the appalling consequences for them of her actions - but she will not relent. Twice nominated for a Nobel Peace Prize, once – reputedly – the richest woman in China, Rebiya Kadeer is a remarkable woman who pays daily a terrible price for patriotism. And it will never be over. 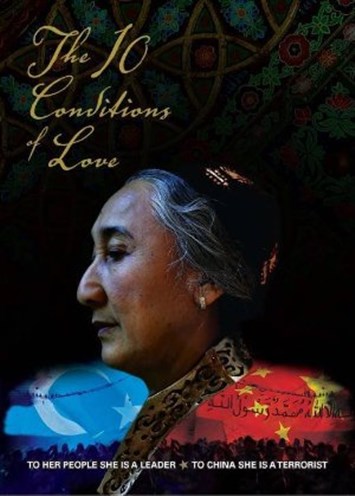