The Queen of Trees

Hailed as ‘a masterpiece’ by Sir David Attenborough, this Peabody and Grierson award- winning film from Mark Deeble and Victoria Stone tells the amazing story of an African fig tree and its extraordinary insect pollinator. Narrated by Ian Holm, The Queen of Trees is one of the most amazing stories in the natural world – a tale of intrigue and drama, set against grand Africa and its wildlife. The fig tree and fig wasp differ in size a billion times over, but neither could exist without the other. Their extraordinary relationship is a pinnacle of co-evolution, and the basis of a complex web of dependency that supports animals from ants to elephants. Each individual fig is a microcosm – a stage set for birth, sex and death as the tiny players battle against predators and parasites to fulfill their mission. “The complexity and interdependence of the Earth at large is demonstrated in microcosm by this breathtaking nature film” - Peabody citation. 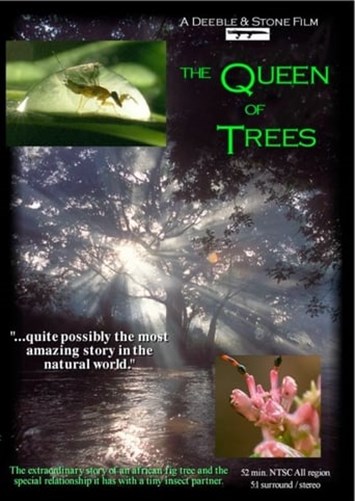