“Yoon” (Sunny Suwanmethanont) is the busiest 30-year-old freelance graphic designer in Thailand. After working for 5 days straight, a strange rash appears on Yoon’s body. For Yoon, time is money, so he doesn’t want to waste any of it going to a hospital despite ongoing protests by his body. Yoon eventually relents and brings himself to a public hospital where he meets “Doctor Imm” (Davika Hoorne), a young doctor who is also working hard to make a difference in her own way. For some reason, ever since the day of his doctor visit, Yoon can't seem to focus on his job anymore. "Je" (Violette Wautier), Yoon’s junior producer at an advertising agency, even has to pester him more frequently to get his jobs done on time. Yoon doesn’t know what’s happening to him. Will Doctor Imm be able to diagnose Yoon’s syndrome before his heart condition gets worse? 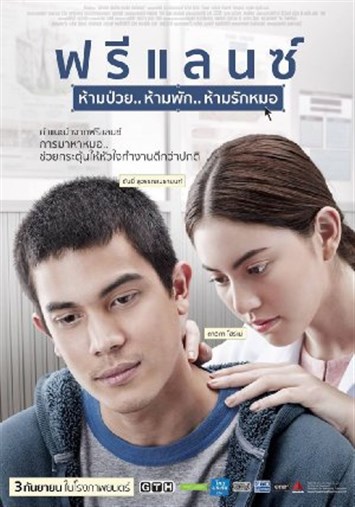