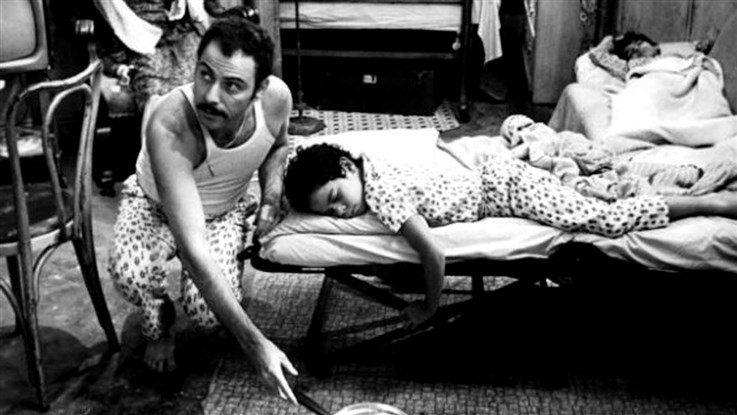 Striving for a better life for his two sons, a Puerto Rican immigrant named Popi (Alan Arkin) goes about his mission in a singularly eccentric fashion in this comedy from director Arthur Hiller. So intent is Harlem resident Abraham "Popi" Rodriguez (Arkin) upon providing his boys with the American dream, that he puts off marrying his beautiful girlfriend Lupe (Rita Moreno) in order to carry out the mother of all harebrained schemes. After instructing his boys how to row with lessons in Central Park, Popi takes them to Florida and sets them adrift on the ocean, knowing that two cute "refugees from Cuba" seeking asylum in the U.S. will become celebrity cases and probably be adopted by rich WASP's. Popi's plan works like a charm, with his sons even earning an audience with the president, but a visit to the hospital where they're recovering from their ordeal at sea sinks his big plans. 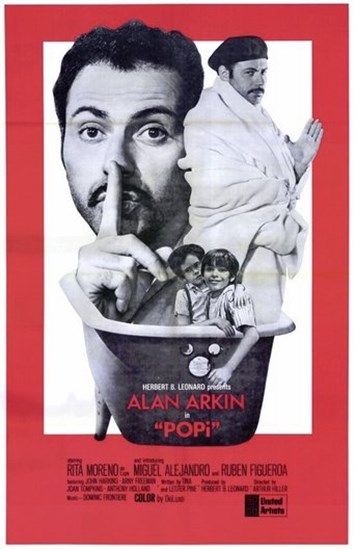