War pilot Captain Walker disappears in World War II and is presumed dead, missing the birth of his son, Tommy, soon thereafter. Several years later, Tommy’s mother gets remarried to a man named Frank Hobbs, and when they are to get intimate for the first time, Captain Walker suddenly reappears. A fight ensues, and Hobbs kills Captain Walker – an event witnessed by young Tommy, who is mysteriously left deaf, dumb and blind from the trauma. This is but the beginning of a Tommy’s crazy journey, where he as a master of pinball – a.k.a the Pinball Wizard – gain a legion of fans following him, while reclaiming his lost senses. Tommy is the extravagant rock opera featuring the music of The Who, as well as other legendary rock stars in its cast. It was nominated for two Academy Awards, and Ann-Margret was awarded with a Golden Globe for her portrayal of Tommy’s mother Nora Walker. 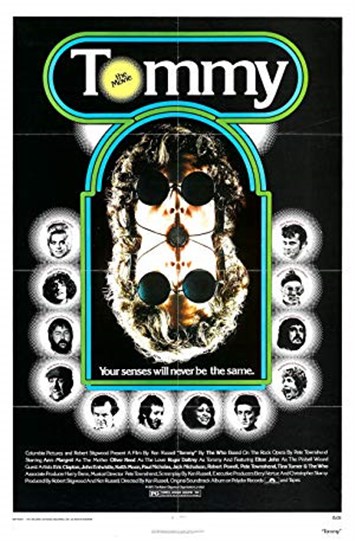