Daksh Mittal (Emraan Hashmi) is a charming and continually drunk millionaire. One day, he sees a girl, Jia (Dia Mirza), on the street and falls madly in love with her.He even kisses Jia in the street. Jia is working as a striptease dancer and has a mentally handicapped brother (Atul Parchure). Daksh and Jia spend some time with each other and fall in love. Daksh, however, is supposed to marry the rich Anhaita Madhwani (Pooja Bharti) in order to inherit a million-dollar trust. For help, Daksh turns to his butler, John Uncle (Anupam Kher). John Uncle likes Daksh to end up with Jia very much, however, John is very ill and finally gets transmitted to the hospital. The engagement party for Daksh and Anhaita is taking place and John Uncle manages to convince Jia to go to the party. Daksh and Jia dance, and meanwhile, John Uncle is dying at the hospital. Daksh decides to honor John Uncle's memory and goes to propose to Jia - she accepts and after a final clash with the family, Daksh is allowed to marry her and they live happily ever after. 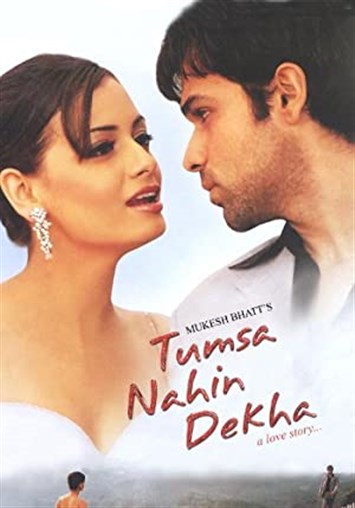