A Dream of Kings

Lej A Dream of Kings hos Itunes for 39 kr.
Menu

A powerful and touching drama set in Chicago's vibrant Greek-American community, A Dream of Kings benefits from the regal talent of Anthony Quinn in a role he was born to play: Matsoukos, a proud, earthy optimist, very much like his unforgettable stage and screen Zorba. Determined to take his ailing son with him to Greece, Matsukos would move all creation to secure the travel money, even risk the hard-earned respect and love he's won as a community counselor. But that money will eventually come to Matsukos in an unexpected way. Under Daniel Mann's skilled direction, an impeccable cast - including Irene Papas as Matsukos' fiery wife, Sam Levene as his loyal friend and Inger Stevens as a lonely widow reawakened to life's potential - helps make Matsukos' world as real as your own neighborhood. 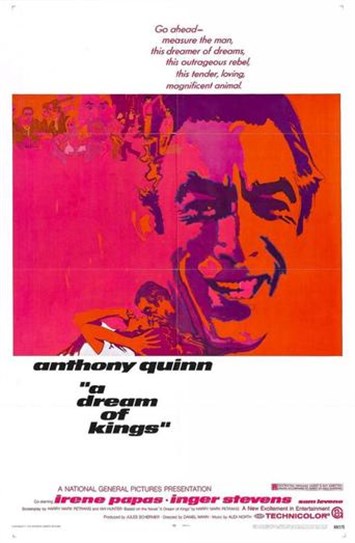