H2mexicO is not simply a documentary or a surf film, it is a groundbreaking stand up paddling journey on the yacht Royal Pelagic, that follows 8 superstars of the sport as they take SUPing where it has never been before: the rugged surf drenched Baja coast. Dave Kalama, Gerry Lopez, Jamie Mitchell, Chuck Patterson, Connor Baxter, Slater Trout, Danny Ching, Dave Boehne, and Talia Decoite have transformed the sport from a fledgling hobby into a worldwide phenomenon. In the same down to earth style and flow of the predecessor, the award winning film H2indO filmed in Indonesia, H2mexicO is slated to become the 'Endless Summer' for SUP. What they find in Mexico will make history, and you get to be along for the ride. 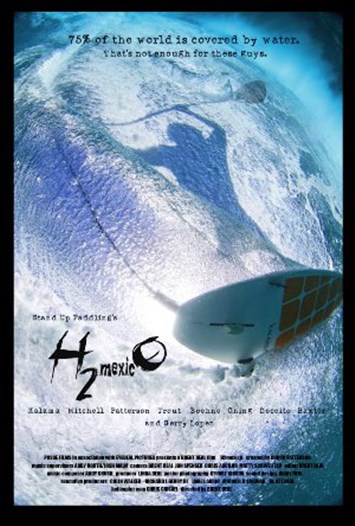