Anita O'day: The Life of a Jazz Singer

Anita O’Day was one of the greatest of American jazzsingers and this is her astonishing story—a journey of survival, and above all the endurance of her talent, told in a number of frank interviews with her and with those who knew her. Her career was long and eventful, spanning seven decades, her last album recorded when she was 84. This documentary of a legend was co-directed by Robbie Cavolina and Ian McCrudden who produced with Melissa Davis. Anita O’Day only ever wanted to be a singer and the film showcases performances that date back to the 50s with such artists as Gene Krupa, Roy Eldridge, Stan Kenton, Louis Armstrong and Hoagy Carmichael. She is shown teaching Billy Taylor how to be a jazz vocalist. She speaks candidly, always candidly, with Dick Cavett, Bryant Gumble and David Frost, with clips from interviews done on 60 Minutes and CBS This Morning. Bert Stern, commenting on his experience filming Anita perform Sweet Georgia Brown for his film Jazz on a Summer’s Day, said it was the greatest rendition of the song ever made. Anita was a musical genius and pioneer who broke reverse race barriers. She was commonly regarded as one of the top female artists of her time, together with Ella Fitzgerald, Sarah Vaughan and Billie Holiday. The film portrays her as a woman who lived her life the way she wanted without ever looking back. She speaks openly about how she had to overcome great adversities, including a 20-year addiction to heroin and alcohol. She chose never to have children and married for only a brief period. She lived an often lonely life that was sustained only by her passion for music. Personalities talk about her quirky personality, while jazz critics and her few still living contemporaries speak of her extraordinary talent and how amazing it is that she continued to sing for so long. The film shows Anita on tour in Europe well into her eighties and her making that final recording, shortly before her death, the death of an icon. 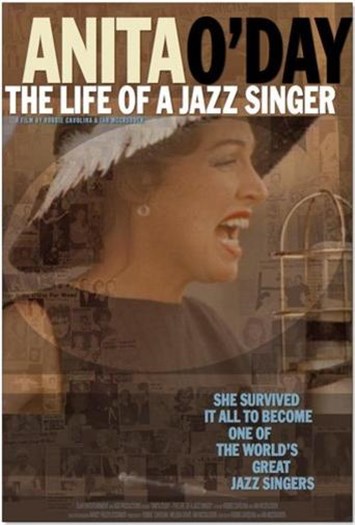