This Is Not a Ball

Se This Is Not a Ball online nu

Lej This Is Not a Ball hos Itunes for 49 kr.
Menu

This is not a Ball is a documentary that follows the creative process of acclaimed Brazilian artist Vik Muniz in the months leading up to the 2014 World Cup as he plans and creates a major new artwork made of 10,000 soccer balls.The documentary follows Muniz as he explores the global passion for soccer and the game’s central object, the ball. In his journey, Muniz interacts with some of the most playful minds in science, like astrophysicist Neil deGrass Tyson and some of the most extraordinary soccer players in the world, like the the Sierra Leone Amputee Soccer League.Along the way, Muniz also meets ordinary people who share their stories about why they love the ball. He talks to children in the favelas of Rio de Janeiro, social activists who use soccer to promote social change and Pakistani soccer ball stitchers. Each of their narratives help shape the artwork that Muniz creates: two large-scale images made with 10,000 balls at Azteca Stadium in Mexico City and at Favela Vidigal in Rio de Janeiro. 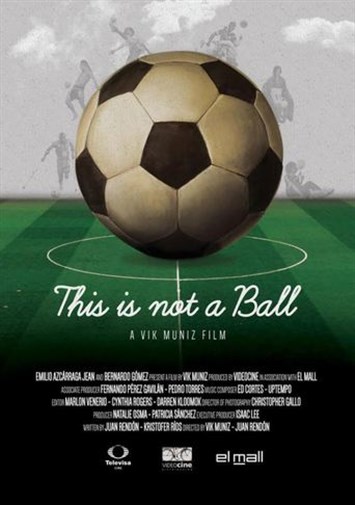