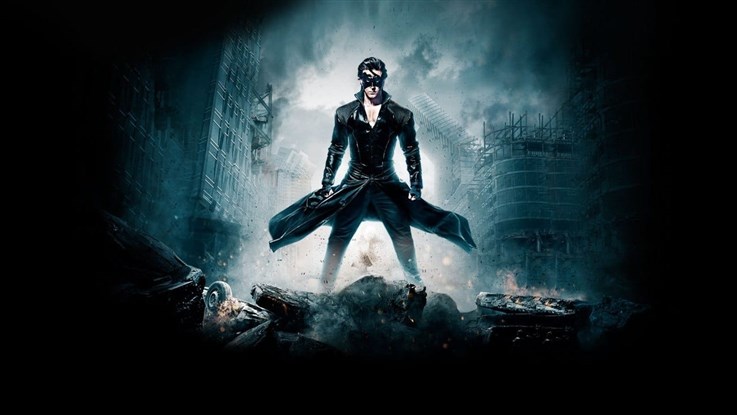 Scientist Rohit Mehra lives with his son Krishna "Krrish" Mehra (both played by Hrithik Roshan) in Mumbai. Krishna is married to Priya (Priyanka Chopra) who works as a journalist for Aaj Tak. Rohit works in a research institute for the Indian government and Krishna, while moonlighting as the superhero Krrish, is regularly fired from various day jobs due to lack of attendance. Rohit is researching a device that will bring life to dead tissue by using solar energy. Despite several attempts, he fails to complete the experiment due to the high intensity of the sun’s rays.A few days later, Rohit hears about a deadly disease spreading in the African country of Namibia due to a virus whose antidote has not yet been discovered. He consults his friend Dr. Varun Shetty (Arif Zakaria) about the situation. Meanwhile, Shetty receives a phone call from Dr. Alok Sen (Asif Basra), a scientist working for Kaal Laboratories who insists on meeting him in order to reveal information about an antidote to the virus. Both Sen and Shetty are, however, murdered by Kaya (Kangna Ranaut), a form-changing female mutant. She is the henchwoman of Kaal (Vivek Oberoi), a handicapped evil genius who possess telekinetic powers. Kaal creates a team of "maanvars" (a hybrid of humans and animals) with distinct physical powers in order to cure himself but fails. Later it is revealed that the virus in Africa was spread by Kaal himself, to incur huge profits by selling its antidote, the singular source of which is his blood.Rohit discovers that the virus, which is fast spreading through Mumbai, has no effect on Krishna, the pregnant Priya or himself. He, thus, makes an antidote by using the blood from Krishna's bloodstream, which he spreads with the help of explosions. An enraged Kaal sends his mutants to attack Rohit and find out how an antidote was developed without using his own blood. Krrish manages to save Rohit, but Priya is injured and hospitalized. Krrish, however, manages to defeat the mutant Frog Man (Gowhar Khan). Kaya, carrying out Kaal's instructions, takes Priya's form, while Kaal kidnaps Priya. In the form of Priya, Kaya lets Krishna believe that Priya has lost her child, and continues to live with the Mehras. While finding the truth behind the antidote's formula she develops an attraction towards Krishna. Failing to get answers about Frog Man's involvement with the virus attack, Rohit travels to Singapore to seek answers from Dr. Siddhant Arya's (Naseeruddin Shah) partner, where Kaal’s men kidnap him. Meanwhile, Krishna discovers the true identity of Priya; furious, he reveals himself as Krrish to Kaya and orders her to take him to Kaal's laboratory. Having fallen in love with Krishna, Kaya decides to help rescue his wife.At Kaal's laboratory, it is revealed that Kaal is Rohit's son, who was created by an experiment conducted by Dr. Arya while he held Rohit hostage. The child was born handicapped, and was thus given away to an orphanage from where he was adopted by a wealthy man (Mohnish Behl). Kaal uses Rohit's bone marrow to successfully cure his handicap. Meanwhile, Kaya saves Priya and unites her with Krrish; she is, however, murdered by Kaal for her disloyalty. Kaal subsequently murders Krrish, and dons a magnetic suit. Deeply disturbed by his son's death, Rohit decides to re-use his failed experiment to bring dead tissues to life in order to save Krishna. But this time, he absorbs the excess energy himself, thus, committing suicide to bring Krishna back to life. Meanwhile, Kaal threatens to destroy the city of Mumbai if Priya does not surrender to him. Before he can murder her, Krrish re-emerges and after several unsuccessful attempts manages to kill him using Rohit's solar experiment. The film ends six months later with Priya naming their newborn son Rohit who also exhibits superpowers. 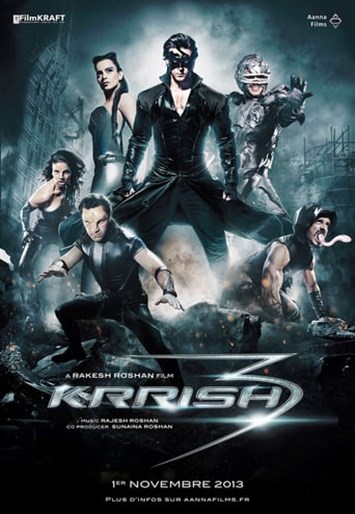