Basically Frightened: The Musical Madness of Colonel Bruce Hampton is a musical journey into the wacky, paradoxical world of Colonel Bruce Hampton. The Colonel is revered as the father of the jam band scene, and is known as an innovative bandleader, performer and guru to countless amazing musicians. Billy Bob Thornton, Dave Matthews, John Bell and Dave Schools (of Widespread Panic), Bill Kreutzman (of Grateful Dead), Mike Gordon (of Phish), Derek Trucks, Susan Tedeschi, Jimmy Herring, John Popper (of Blues Traveler), Colonel Bruce and many more help tell the unlikely story of Hampton's career. Discover Bruce's Atlanta roots and first performances in the mid 60's and how encounters with Duane Allman and Frank Zappa helped launch the Hampton Grease Band's career. Follow his quizzical life from stand up comedy days of the '70's through the insanity of the Late Bronze Age of the '80's, and founding the legendary Aquarium Rescue Unit in the '90's. Bruce transforms again with one of a kind acting performances in &quot;Sling Blade&quot; and in Mike Gordon's "Outside Out", we follow right up to the present as he continually re-invents himself and his music again and again. From his personal UFO encounters to the philosophy of "Zambi", to guessing the birthdays of complete strangers this film gets to the heart and the artistry behind Southern gentleman extraordinaire Colonel Bruce Hampton, Ret. 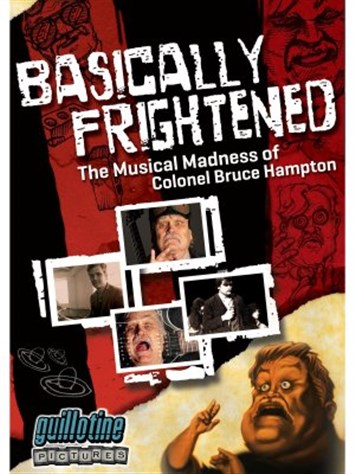