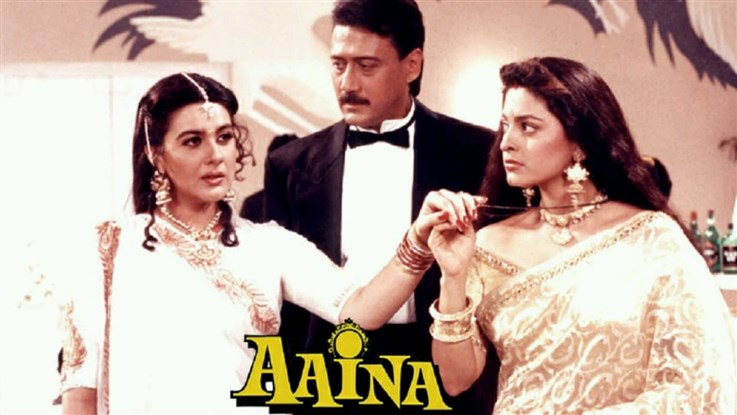 Aaina (translation: Mirror), is a 1993 film directed by Deepak Sareen and produced by Yash Chopra. Roma (Amrita Singh) sees herself as the modern woman, beautiful and ambitious. Reema (Juhi Chawla), is a pale reflection of what she could be, overshadowed by the image cast by her sister, comfortable in her own anonymity. And the mirror? Ravi (Jackie Shroff), an eligible businessman, who brings out their true characters. Roma leads Ravi all the way to the marriage, before tiring of her "Conquest" and moving on, leaving chaos and a broken Ravi in her wake. Reema is there to pick up the pieces, and marries Ravi, not only to protect the family’s reputation, but also because she had always loved Ravi but was afraid to reveal her feelings. Suddenly one day Roma returns, determined to get back what she thinks Reema stole from her. But now only one question plagues them both - Who will Ravi choose? 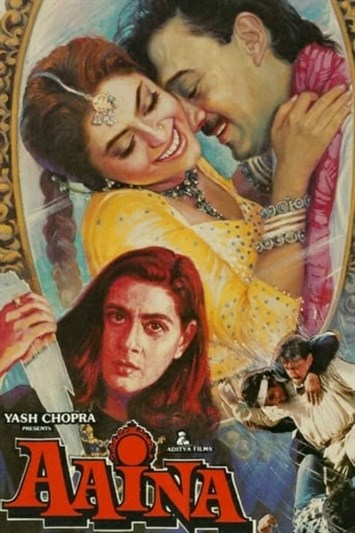