Main Krishna Hoon is a story of inspiration for those children who have no ray of hope in their dark life. Kantaben runs an orphanage and finds an abandoned boy one rainy night and christens him as “Krishna.” She finds another boy in a temple so she christens him Tempo, and one in a dustbin and christens him Dabba. Krishna grows with his dream like the other children of the orphanage. Couples come to the orphanage to adopt a child, but Krishna's dream shatters all the time with his rejection and selection of other children. Kantaben notices his pain, so she tries to convince every couple to adopt Krishna, but Krishna gets rejected every time and cries alone. Tempo and the other children try to console him. Kantaben tries to take him out of his trauma by telling the animated story of Lord Krishna's childhood. The transformation of a naughty boy into Lord Krishna inspires every child. He comes out of his depression and becomes happy. A couple comes to the orphanage to adopt a child, they select Krishna, and everybody becomes happy. But due to some problems and misunderstandings at home he is abandoned once again. His dreams shatter and he cries. He becomes restless and leaves his orphanage at night and rushes toward the temple of Lord Krishna at the top of the hill. He cries in front of Lord Krishna's statue and complains about his trauma. Does Lord Krishna come to his rescue…? Does Krishna get to go back to his adopted parents? Awaiting you is a film full of mystics and fun... 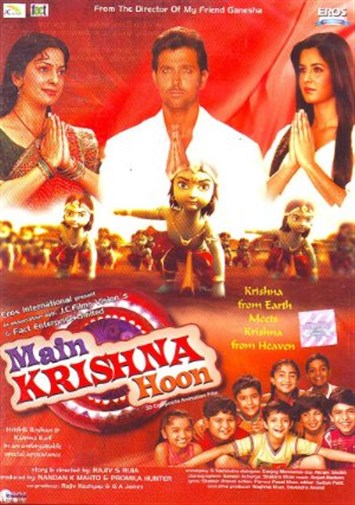