The favorite Indian action franchise Dhoom is back with a bang. This time Jai Dixit and Ali return to match their wits with the enigmatic clown thief, Sahir, who has the city of Chicago in his thrall. The pursuit that ensues is thrilling, entertaining and emotional by turns. It is a journey that will test all the players to their breaking point, where the game of chess played between Sahir and Jai will never be won until all the secrets have been unlocked. In this battle of revenge and dignity the lines blur and the conventional definition of good and bad don't apply anymore. Prepare to watch a spectacle that will thrill you and move you... 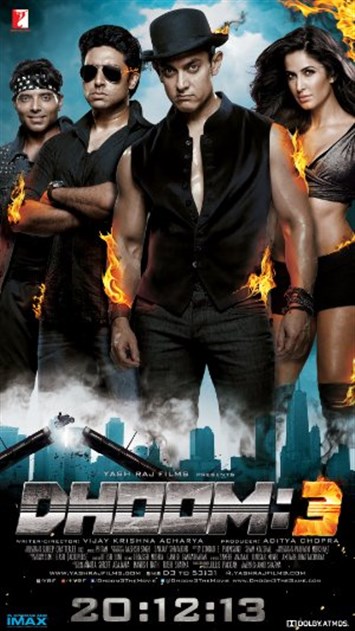