Rudy Salazar's Anaheim presents a family confronting the heritage of American racism in the form of a contemporary haunting. Salazar sets the story not in the deep South nor in old New England house, but in the traditionally conservative Orange County, California, as a young mother, Felisha, tries to pull her life together after a broken marriage in what we eventually discover to be a haunted house. As Anaheim opens, Felisha attempts to engage a Realtor for the now-inevitable sale of the family home despite her ex-husband's failure to cooperate and the persistent rumor amongst the Realtors that the house is haunted. Preparations continue as Felisha, with increasingly difficulty, brushes aside her young daughter Aura's repeated references to an apparent imaginary friend, The Mayor. Various Realtors, potential buyers, and would-be paranormal experts flee the house in panic, and Aura finds a box with an old magazine and a Ku Klux Klan hood in a child's size, left by previous owners. Subsequent investigation reveals that Felisha and Aura occupy the old house of Elmer Metcalf, KKK Grand Wizard and mayor of Anaheim, California during 1924 through 1927, who had created a specifically anti-Catholic government in Anaheim at that time. Felisha gets the help of the local parish priest to summon the spirits of Old Anaheim for an eventual showdown between quick and dead, ideal and practical, past and future, and closed and open society. 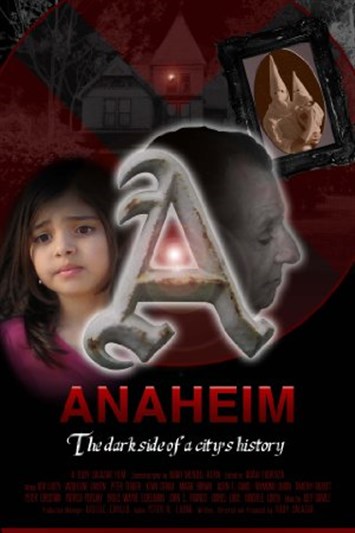