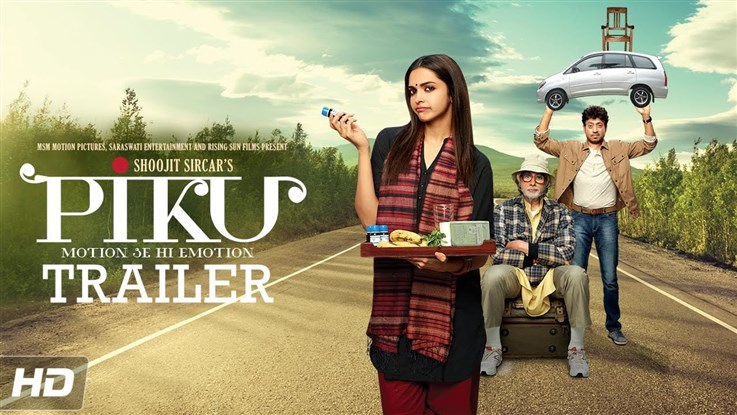 Piku (Deepika Padukone) is a Delhi based architect who manages her small business,runs her home and takes care of her 70-year old father Bhashkor Banerji (Amitabh Bachchan).A hypochondriac, Piku’s Baba must ensure that he has her attention 24*7 leaving her with little time to do anything else. Romance and getting a life of her own, just don’t seem possible! While both are deeply attached with one another, they are equally strong headed, stubborn and just won’t let go when dealing with each other’s idiosyncrasies and quirks! When Bhashokar emotionally blackmails Piku to take a road trip from Delhi to Kolkata , the owner of the local cab company Rana (Irrfan Khan) has no choice but to drive them personally since none of his drivers are willing to endure Piku or her eccentric father. During this undesired road trip they learn to deal with each other’s moods and idiosyncrasies and it reveals more than Bhashokar’s bathroom habits. What follows is a heady mix of motion, emotion & commotion which culminates as Piku and Bhaskhor return to their roots in Kolkata, giving us an insight into the father daughter relationship where Bhaskor’s irritating yet endearing demeanor and Piku’s equally headstrong nature may always be at loggerheads but this seemingly crazy relationship is bonded by an understated and an unconditional love that leaves you wanting more. 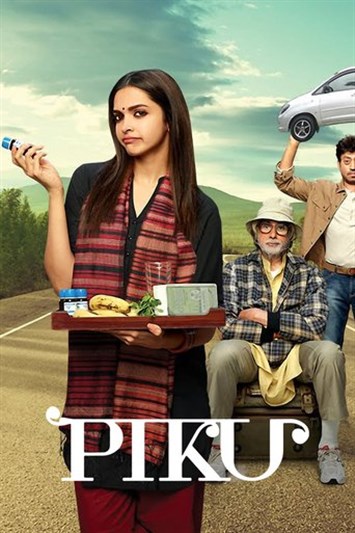