To Live and Die In Amsterdam

Se To Live and Die In Amsterdam online nu

Lej To Live and Die In Amsterdam hos Itunes for 49 kr.
Menu

An Interpol agent (Damian Chapa – Blood In, Blood Out; El Padrino) takes a mission to come to Amsterdam to investigate a drug ring. The new drug they are selling costs $100,000 a hit because it takes the person to Nirvana for two weeks. The catch is the drug Adrenalzon comes from dead people and only when they are having a heightened sense of fear near their death relating to their adrenaline gland. In other words – someone has to die for the person to get just one hit of the drug. The new drug dealer, king pin Paradisco (Angelo Foletta) begins making a fortune being the only Adrenaline dealer in the world. Paradiso begins to take over the whole drug trade in entire Europe. The only thing stopping this madman is the even crazier fallen Interpol agent, Swan, who can't seem to give up his own addictions. The only one who believes Swan can prove himself worthy again is his courageous sidekick, a sexy Russian Interpol agent (Alexandra Lowygina). 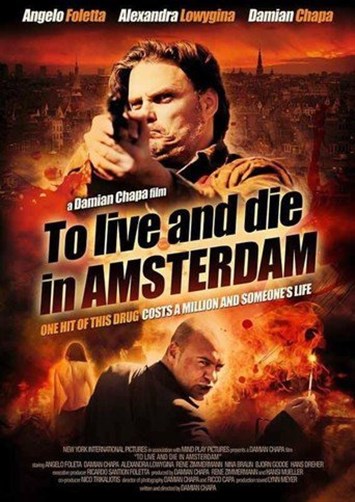