The most-talked about horse in the world, came, saw and conquered the dressage with his rider Edward Gal. Together they won the heart of millions all over the world, winning three titles at the FEI World Equestrian Games and setting multiple record scores in Kentucky in 2010. An extreme sum of money, somewhere between 10 and 15 million, caused the stallion to move to Germany, after which he took, in name of the Germans, the - what should have been Dutch - golden medals at the Olympic Games. But new owner Paul Schockemöhle shot himself in the foot. He had to find a new rider for Totilas: Matthias Alexander Rath. But it turned out to be a very unlucky combination. Even Dutch top trainer Sjef Janssen got involved, but the highly coveted Olympic medals were not coming in. Due to another injury, Totilas had to leave the competition arena in 2015, which would later turn out the be his last ever performance. Totilas retired in 2015. It was a great loss to his millions of fans all over the world, who would address his retirement as the end of an era. Filmmaker Annette van Trigt made an on-screen reconstruction with all the key players of the rise and fall of Totilas. Their fight, their loud silence and their sadness, in other words: the story of how an outstanding competitive horse was ruined by greed, mismanagement, intrigues and injuries. 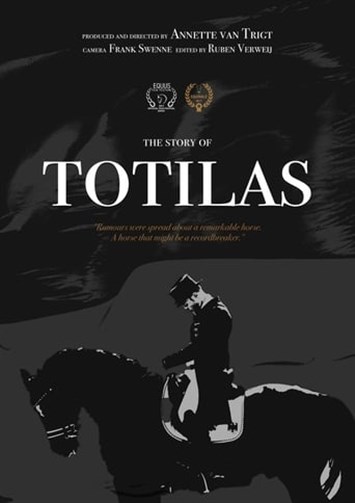