We had no intentions of making a film when the first Bikes Over Baghdad tour departed the US for war-torn Iraq. To be honest, most days were spent just trying to get the job done without ending up on a gurney. Schedules were grueling, temperatures brutal, enemy attacks common, supplies marginal and failure was not an option. There was little room for error, let alone a film crew. We all took small cameras and let them roll every chance we could. Little by little, after 6 separate tours and several months in Iraq, we realized we had a story that needed to be told. This isn't a typical action sports video of guys doing insane tricks in remote locations (though it has that), or a story about the sacrifices our soldiers make day in and day out (though that's in there as well), and this isn't the diary of an adventure a group of friends embarked on (though, again, there is that). This is a story about what happens when people put their own safety aside to make someone's life a little better. We faced extreme conditions, mortar rounds, IED's, injury, exhaustion and more, but we never missed a show. The team reads like a who's who of action sports: Nate Wessel, the top ramp builder in the world, led the construction alongside Ron Kimler while X Games medalists Chad Kagy, Brian Kachinsky, Drew Bezanson, and Anthony Napolitan joined LA Ink star Mike 'Rooftop' Escamilla and others. Zack 'Catfish' Yankush and Micah Kranz took time from their busy schedules to lend their famous voices and personalities to the show. Throughout the tour, the team met thousands of troops, spent time with wounded warriors, stayed in Saddam's palaces, flew across the Iraqi desert in Blackhawks, drove tanks, shot guns and visited places that few other people have ever set foot. This video will show just how special of an experience this was for thousands serving in the Middle East, and hopefully serve as a reminder that everyone has the power to initiate change in their own way. 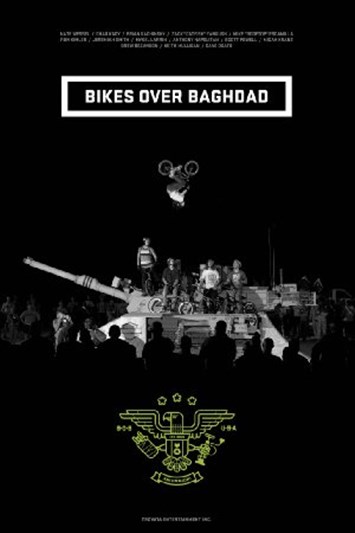