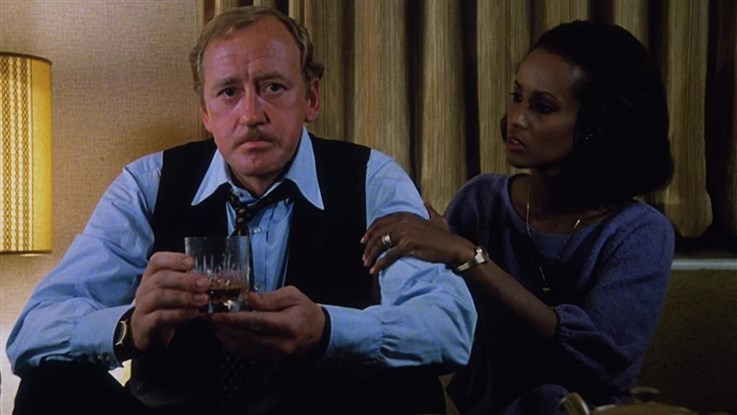 This compelling spy-thriller was the last film directed by Preminger and in making it he brilliantly chose Tom Stoppard to adapt Graham Greene's novel. The "human factor" exemplified by Greene in the novel was the heart of the matter for so many of Preminger's films. Maurice Castle (Nicol Williamson) is a carefully organized and methodical lower level civil servant who happens to work for British Intelligence in the area of African affairs. He has a beautiful African wife (Iman), an adopted son, and a particularly English way of approaching his boring job. Everything is compartmentalized, ordered and devoid of passion. This rather ordinary man is approaching the safe end of his career when he becomes the object of a security check, an event that irretrievably changes his life and reveals him to have been a rather reluctant double agent who somehow slipped into treason, not for money or out of conviction, but for reasons that tragically confuse private and public loyalties. He loses everything. Forced to defect to Russia, Castle finds it all quite absurd and devastating. An outstanding supporting cast led by Sir John Gielgud, Derek Jacobi, Sir Richard Attenborough and Robert Morley provide us with the depth to understand the tragic consequences of the "human factor." 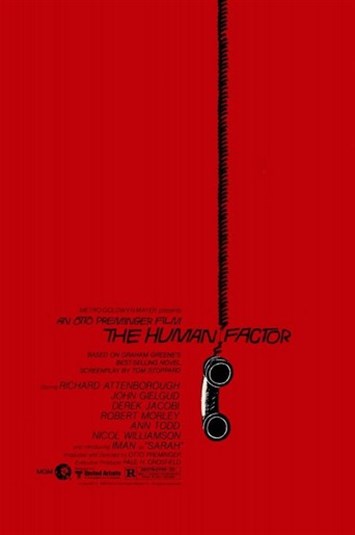