Joy Mittal, the arrogant CEO of H.W.L.S, in a hardnosed decision to repair his scandal ridden work record, and prove his ability to emerge as a pioneering leader, in times of financial crisis, fires all the employees from his London office. Amongst the sacked employees is Ruby Herminson, an alluring, sophisticated, career-driven woman, with whom a married Joy is having a long affair. Joy fires Ruby along with the rest of the people he considers expendable. After a trying day, Joy wraps up some paperwork and tries to head home, but soon realizes that the only possible way of leaving the office is the one he least bargained for. Cornered in a deserted office, Joy discovers the monstrosity of the gruesome super-natural force in the building, which is hell-bent on extracting revenge for his ruthless actions. FIRED is the shocking tale of a man who pays a steep price for his cold-blooded actions. 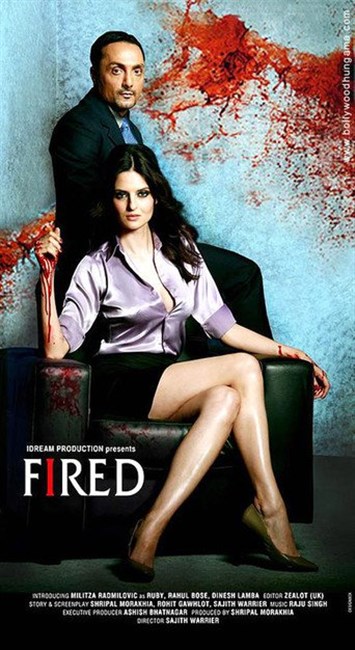