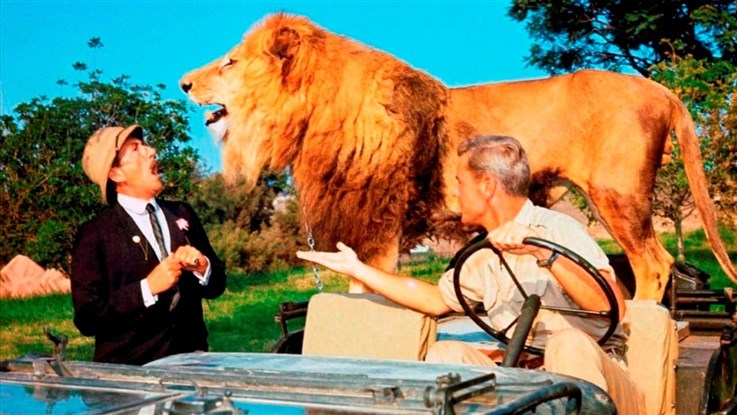 The king of the jungle needs glasses! Set at an African animal center, the all-family adventure that inspired the TV series Daktari features a valiant veterinarian (Marshall Thompson), heartless gorilla trappers, narrow escapes, lots of laughs and some of the most endearing animals who ever aced their screen tests. Among the merry menagerie: Doris the chimpanzee, Mary Lou the python, and of course Clarence, a genuinely cross-eyed lion who was as lamb-like off screen as on (a grumpier stunt lion filled in for attack scenes). "The best thing about the movie is the amazing work with this lion among all those human actors. Come to think of it, the actors are pretty amazing too" (Toni Mastroianna, Cleveland Press). 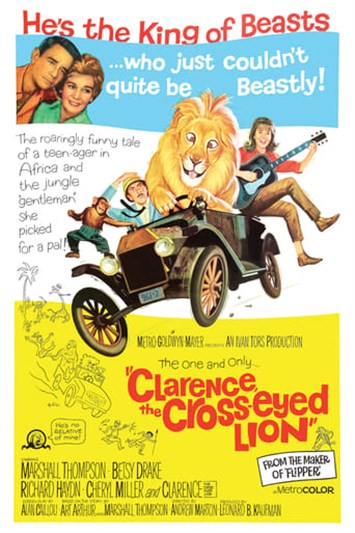